Samuel was the son of a copper miner, Samuel, and his wife Elizabeth Pascoe.  The couple had another son, William, who was born two years before Samuel.  Samuel was baptized on 28 November 1878.  His parents are listed as residents of Bolingey.

Elizabeth was the daughter of surgeon Richard Pascoe, himself the son of a surgeon.  By the 1870s the Pascoes were living in Perranzabuloe, where presumably Elizabeth met Samuel Brown Snr.  The couple were married on 4 July 1876, the 22 year old groom stating that his occupation, like that of his father William's, was a miner.  21 year old Elizabeth gave her father's occupation as "Gentleman".  Her sister Emmeline was a witness.

Elizabeth and Samuel do not appear to have enjoyed a long married life.  Elizabeth is shown as widowed on the 1891 census.  She went  on to marry Samuel Kitto, a miner, and she and her two sons were living with him in Newquay by 1901.  Elizabeth's sister, Emmeline, married Samuel Kitto's son, Jonathan.

Samuel Brown is listed as a joiner on the 1901 census.  He married on 5 October 1908, to 21 year old Maud Elizabeth Carter, whose father James was a Newquay fisherman.  The couple were living in Commercial Square by 1911, where Samuel had his own business as a tobacconist.  Their son, William Kenneth, had been born on 9 November 1909.

Part of Samuel's service record exists and shows that he joined up on 9 May 1915.  He stated that his occupation was a carpenter and joiner.  His number of dependents had increased, a second son, Cyril Owen having been born in November 1913.  Samuel left for France on 18 December 1915.  The entry on his record detailing his death is indistinct.

After he enlisted Samuel went to the Royal Engineers and became a sapper, the RE's equivalent of a private.  155th Field Company were part of the 16th (Irish) Division and arrived in France in December 1915.  Samuel was killed before their first major battle, at Guillemont, a phase of the Battles of the Somme.  The 16th (Irish) Division were concentrated around the Bethune area until they moved up to the front in September 1916.  Samuel is buried in the cemetery extension that the Division opened in April 1916 for their war dead.

Both of Samuel's sons appear to have passed away in the early 1980s.  Maud does not seem to have remarried and lived until the mid 1960s. 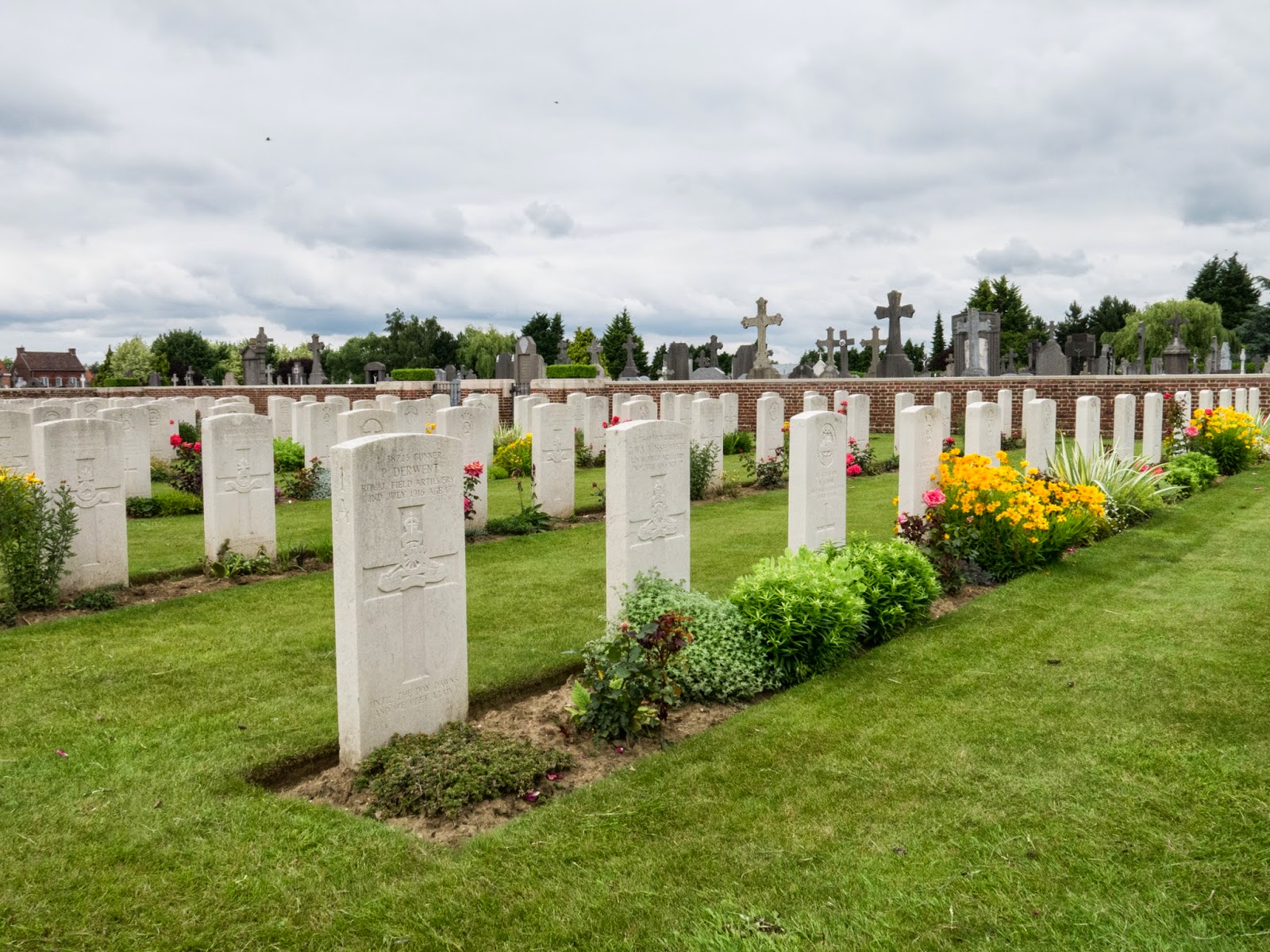