1000 Speak for Compassion: Compassion in the Trenches

Was the War a Compassion-Free Zone?

I’m taking part in a global initiative called 1,000 Voices for Compassion.  Today, bloggers all over the world are writing posts about compassion.  I was slightly at a loss when my good friend Yvonne mentioned her idea – wonderful though it is, it doesn’t seem to fit comfortably with military history.  I thought I might have to give it a miss, until I read the Pope’s Lenten message.  There, he referred to the globalisation of indifference, a state in which we are often so caught up in our internal world that compassion gets left behind.   It led me to wonder what happens to compassion when we are caught up in the horrors of our external world; when there’s a war, for instance.

Compassion:  It's Not Just for Christmas 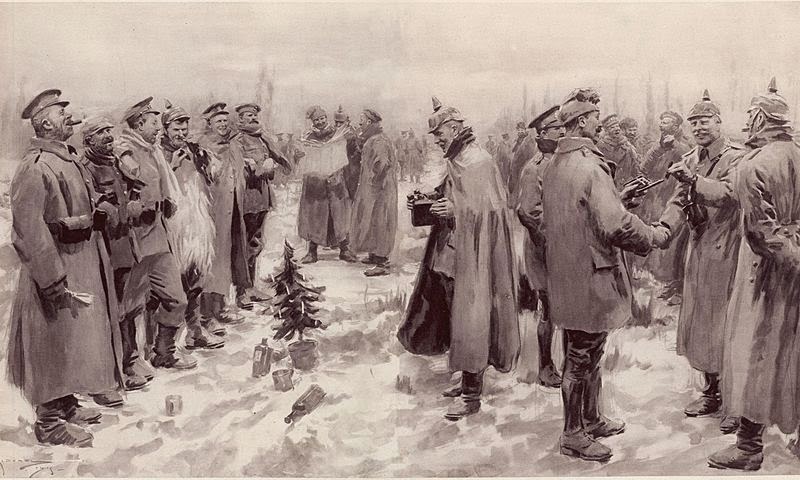 Amid all the carnage of the Great War, it’s tempting to think that compassion was blown away, shattered like the tree stumps on the Western Front.  The narrative that we have received supports this idea.  War poets like Wilfred Owen recounted their experiences in words dripping with pain and bitterness; films dwell on the drama and gore.  But in those four years did stiff upper lips replace kind hearts; did cynicism overtake kindness; was compassion overtaken by duty?

My feeling is no, compassion did not wither away.  It was alive and well, although it was sometimes forgotten in the everyday routine of life, just as it so often is today.  I’ve not undertaken any great research on this, it’s just my opinion, based on snippets of information I’ve read over the years.  Some of it’s in the public domain, some of it is amongst my family’s papers.

One of the most iconic moments of the war was rooted in compassion:  the Christmas Truce and football match of 1914.  The men on the ground left their trenches and met in no man’s land to fraternise, celebrating peace and exchanging small tokens.  No hate, no rancour, just care and empathy for their fellow men.  Over all too soon, but a glimmer of compassion in the midst of the mud. 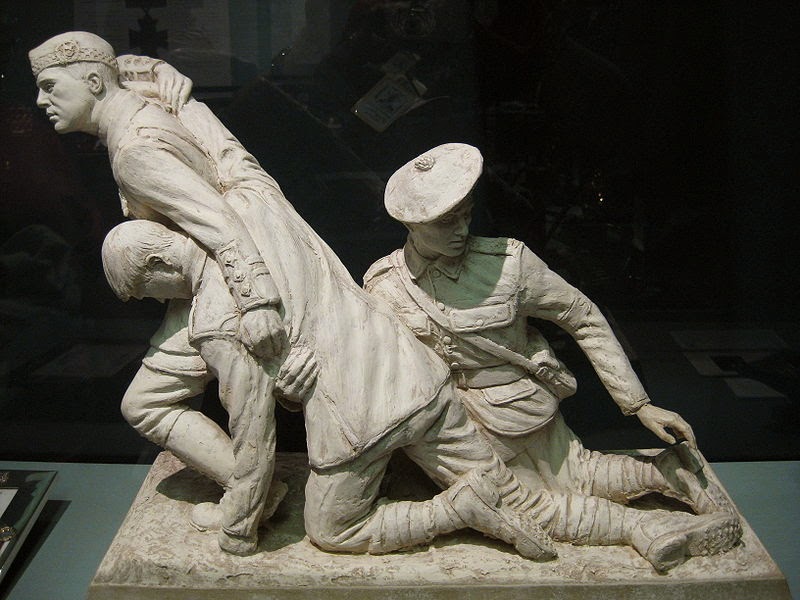 In the panic and chaos of the trenches, compassion could go unnoticed, but occasionally it was seen and rewarded.  The Victoria Cross is awarded to military personnel who display bravery, valour or self-sacrifice in the face of the enemy.  Often, the men who received the award during World War 1, did so because they were attempting to rescue wounded comrades.  628 VCs were awarded during the war to 627 men.  Captain Noel Chavasse VC received the award twice.  Captain Chavasse, a doctor with the RAMC was first awarded a VC for his action in recovering and treating the wounded whilst under heavy fire at Guillemont on 9 August 1916.  He received his bar (second award) for refusing to leave his post for two days, despite being wounded, and assisted in not only treating men, but carrying them to safety whilst again under heavy fire.  He was to die of his own wounds shortly thereafter.

I can think of no greater compassion than to ignore the risk to one’s own life in pursuit of the safety of another’s.  Men awarded VCs, like Captain Chavasse, are not the only ones to have risked themselves.  Many unarmed stretcher bearers laboured in the mire of no man’s land to recover their comrades and bring them to safety.

Uncommon Kindness for the Common Man

Combat on the front line produced its heroes, but away from the action there were everyday deeds of kindness too.  My great-uncle Sidney was wounded early in 1917.  Somehow, someone got word to one of his brothers.  Edwin was stationed, I believe, at a hospital far away from Sidney, where he worked with St John Ambulance.  There must have been thousands of men wounded at that time, but rather than treating this family crisis as a commonplace occurrence that must be endured, Edwin’s superior officers organised a train ticket and gave him leave to visit his brother.  Despite a frantic dash across France, he arrived “too late to see the last of Dear Sidney”, assuring his parents in his letter home that the hospital staff were kind and sent condolences.  Edwin stayed overnight with an NCO who gladly offered to share his quarters.  The next day, Edwin bought flowers for the funeral and again was treated kindly by the military and hospital staff.  Back at his own hospital, he was met with condolences and recognition of the pain of his loss from comrades and superiors alike.

It seems to me that there was plenty of compassion in the war, and not just the great acts of bravery and heroism, but small, simple gestures that made life slightly more bearable in a time that could have become all too unbearable.  Today, as the Pope said, we are in danger of becoming indifferent to our neighbours and losing our compassion for our fellow beings.  Yet, if these soldiers, medics and nurses could show compassion in the midst of all the suffering around them, never losing sight of their humanity, we can too.  More good reason to say:

Email ThisBlogThis!Share to TwitterShare to FacebookShare to Pinterest
Labels: 1000 Voices for Compassion