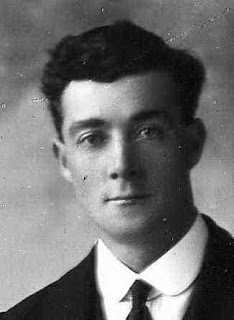 Christopher (known as Kit to his family) was the son of William Jeffrey Bullock and Mary Jane Blake.  William, the son of a miner, was a labourer in the china clay industry.  Christopher would follow him into this line of work.

Mary Jane and William married in 1871.  They had the following children:

Evelina and Mabel are listed at the same address in Newquay on the 1939 Register.  Evelina had married, but Mabel remained a spinster.  Two brothers, Alfred and Arthur, emigrated to the USA prior to World War 1.

I can't find when Christopher joined the army.  His medal card shows that he was posted with the Middlesex Regiment, the Duke of Cornwall's Light Infantry, Somerset Light Infantry and the East Lancashire Regiment.  The 2 Battalion Middlesex Regiment and 1 Battalion DCLI were both part of 14th Brigade 5th Division, so Christopher may well have been reassigned.  He was then transferred to 11th Brigade 4th Division, with 1 Battalion SLI and 1 Battalion East Lancashire Regiment.

Christopher would have spent all his active service around Ypres and the Somme.  It is likely that he lost his life during the Battles of Ypres (3rd Ypres or Passchendaele) at the Battle of Broodseinde. 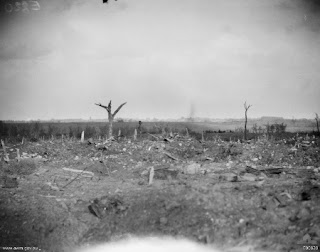 4th Division were with General Gough's Fifth Army.  The plan was to take Broodseinde Ridge and, at a great cost, this was achieved.  Heavy rain hampered the operation, turning the ground into a quagmire.

Christopher's body was not recovered for burial, but his sacrifice is commemorated on the Tyne Cot Memorial.