The Lamps Went Out 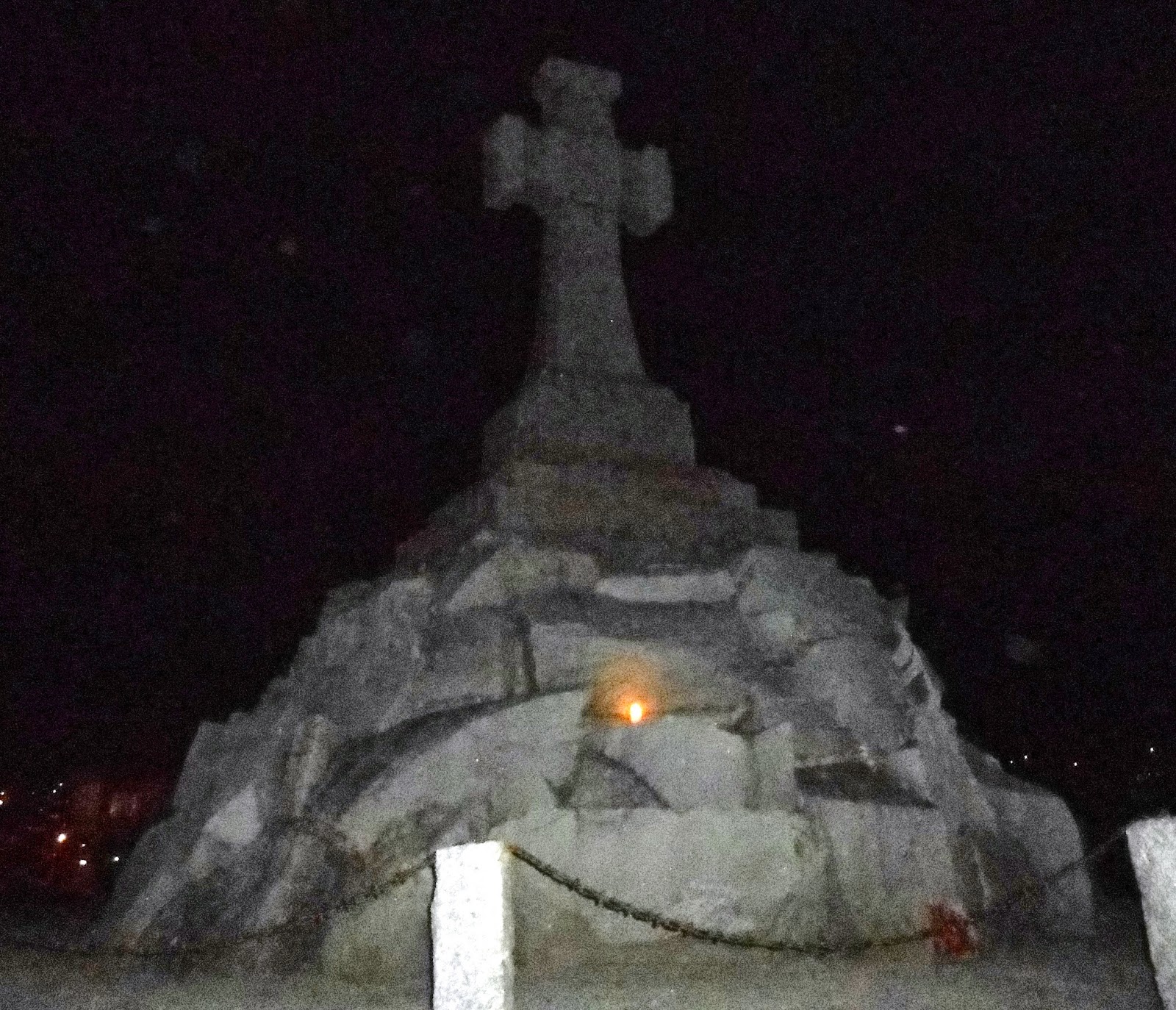 Yesterday marked the centenary of Britain's entry into the Great War.  Sir Edward Grey, the Foreign Secretary, famously remarked on the eve of war that "The lamps are going out all over Europe and we shall not see them lit again in our life-time".  The British Legion adopted the quote to inspire their Lights Out campaign which called on the British public to turn off their lights, bar one, between 10 and 11 pm to remember the outbreak of war.

I decided that there was only one place for me during Lights Out:  the war memorial.  I set off with a candle, a makeshift lantern and a lighter and was at the war memorial just before 10 pm.  My first problem was the wind.  My plan was to set a candle above the plaque, making it visible from town.  Unfortunately, the wind was blowing too hard to allow the candle to stay alight, so I had to move it around to the other side of the memorial, facing out to sea.  Hopefully, some fishermen spotted it

For the first half-hour or so, I was on my own.  Then I heard the crunching of gravel and two other women arrived.  They set up candles too and we stood and swapped stories.  A rain shower passed over, but we kept vigil.  Just before 11 pm we were joined by a gentleman who had been watching the centenary events on television and had felt moved to get in his car and drive up to the war memorial.

At just about 11 pm it started to pour with rain, which seemed appropriate.  We stayed for a few minutes more and then packed up our candles and left. 89 men of Newquay, and family members, remembered on the centenary and always.