A great many things have changed in Newquay, as elsewhere, in the years since the Great War.  One thing that would be familiar to our 89 Heroes are the local gigs in the bay.  Gigs are rowing boats that were originally used to ferry pilots out to ships.  Rival crews would compete to be the first to reach a ship.  Nowadays gig racing is sport, carried out almost exclusively within Cornwall and the Isles of Scilly.  Newquay has its own very successful rowing club.

Today as the dog and I made our weekly trip up to the War Memorial I realised that the harbour was thronged with people and remembered that today was the annual gig racing championship.  Several of the men I have researched were seafarers and I bet they would have appreciated today's action.

I snapped a few photos - here they are: 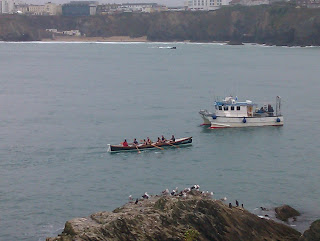 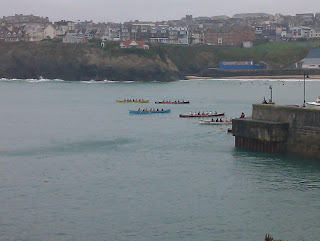 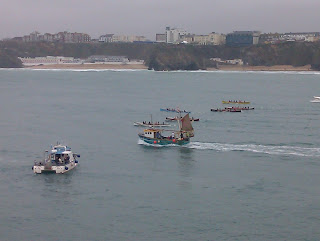